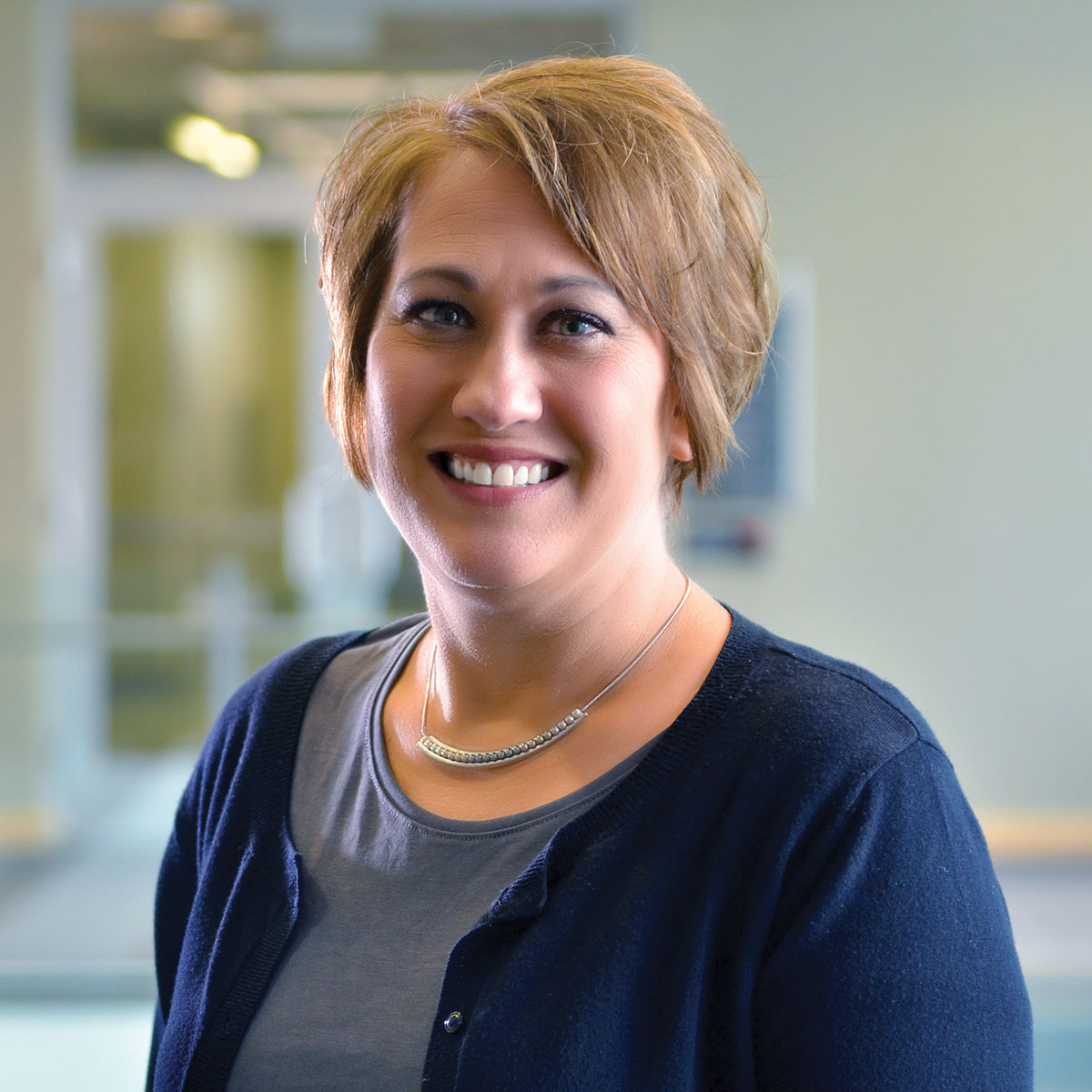 Diane Moore has spent nearly her entire life serving the children and families of Utah.

She began her career as a DCFS caseworker in 1992 and has since served in numerous roles, including regional director for the DCFS Salt Lake Valley Region and Director of the DHS Office of Licensing. She was chosen to lead the Division of Child and Family Services in 2017 after more than 25 years at the Department of Human Services. A licensed social service worker and graduate of Brigham Young University, Diane holds a Master of Public Administration degree.

Her philosophy has always been to create safety and well-being by strengthening families. She strives to do everything possible to leave people and situations better than she found them. Diane is honored to be involved in this important work and grateful for the love and support of her husband and three children. 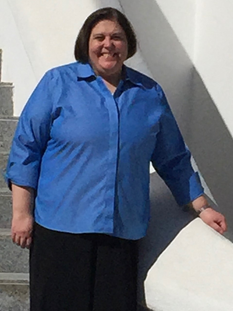 Mrs. Hall has been working at the Salt Lake Christmas Box House (CBH) School since it opened in 2000! She is a teacher with the Granite School District and a treasure to have at the CBH.

Mrs. Hall has worked with children in trauma for years, and when she began working at the CBH, Mrs. Hall noticed that the kiddos had heavy worries that they could not fix. Worries such as, “I wonder what the judge will say,” and “I wonder when I’ll be hit again,” so she decided to bring ‘The Worry Wart’ program to the CBH. A program that she had learned teaching before coming to the CBH.

Here is how it works.

If a child has a worry they cannot change; they can write it down or draw a picture of it and give it to the worry wart. “This helps keep the children from feeling sick and sad about their worries when coming into the classroom to learn, Mrs. Hall explains. When they place their worries
in the worry wart bag, they also say “Goodbye worries!”, which allows them to let go of that worry.”

When the worry wart bag is full, all the children have a stomping party. They put the worries on the floor, stomp on them, then throw them all in the garbage and, for the second time, say, “Goodbye worries!”

We are blessed to have Mrs. Hall at the Salt Lake CBH and want to share a few quotes from
some of the kiddos about what they like about Mrs. Hall. 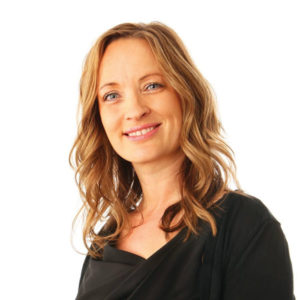 As The Christmas Box International Executive Director, I understand what the children we serve at The Christmas Box Houses are going through. I went through it myself. My biological parents were drug addicts, and my childhood was an ongoing cycle of police calls, fighting, and physical, sexual, and mental abuse. From the time I can remember, I was moved from place to place until finally, at the age of 8, I was taken for the final time from my “home” and placed into a child welfare system where moving every few months to a new environment was just normal. By the time I was sixteen, I had lived in more than 30 cities.

I view childhood as a difficult but important growing experience. There were terrible things, but there were also caring people along the way too who did what they could to protect and nurture me. I was author Richard Paul Evans’ assistant when he first founded The Christmas Box International and quickly became an integral part of its creation, helping to build and refine the original shelters for nearly a decade before taking a new position in Corporate America. Working in the corporate world gave me valuable knowledge of a different kind, with experience in marketing, public relations, community giving, and team management. Combining both my nonprofit and corporate experience, I feel uniquely qualified to guide The Christmas Box International team and am passionate about making a difference in the lives of youth and the child welfare system so that others may not have to go through the same experiences I had.

The Christmas Box International is more than a place–it’s a concept. A concept where community, government, and nonprofit come together to bring the resources to children that they need when they are removed from their home due to abuse, neglect, abandonment, or facing homelessness. As a child who grew up in the system, I understand the importance of providing these youth the opportunity for a better life by providing them safety, dignity, and hope. It is my goal to provide these beautiful children everything I’d hoped for as a child.

I am a fan of all things active, especially when outdoors. When not with my team at The Christmas Box International I enjoy my time hiking, kayaking, and spending as much time with my family as possible.

My career with the Christmas Box House began on July 7, 2007. I was originally hired as the weekend Crisis Nursery Coordinator. In April 2008, I started as a full-time employee in the Crisis Nursery, and in October 2011, I became the Administrative Director, which is where I still serve today.

Since 1983 I have worked with a diverse set of people and backgrounds. From people with disabilities to work with women and children in domestic violence and rape crises, I love the clients and the staff and the opportunities I’ve had to make a difference in their lives.

On March 7, 2009, while traveling to Grand Junction, Colorado, my husband, myself, and our youngest at the time, who was twelve years old was in a fatal automobile accident, in which my husband was instantly killed, and I was in the fight of my life to live. Thank goodness our child, Brooke was only injured slightly. I was on a medical leave of absence for nearly a year. I returned as the On-Call Crisis Nursery Worker until June 2012, when the Director had to leave. The County Attorney, at the time, asked if I would oversee the Christmas Box House until he was able to find a qualified Administrative Director, hopefully within three months. That has been a very long three months. I have even outlasted him, as he is no longer the County Attorney. Each time I see him, I ask if those three months are up only to get a laugh and a high five!

Because of personal challenges with my family and family members’ deaths, I am passionate about the children I work with and want them to know that there is always somebody who cares.

I have 13 grandchildren who light up my life daily, and all the children that come to the center seem to leave, calling me grandma as well! I love it.

I have a little dog, her name is Gidget, and she has become my best friend. She travels with me, comforts me, and loves children as well, and even better, the children in our program love her!

I work exceptionally well with the clients we serve as I have walked in their shoes, literally in every aspect of life, one way or the other. I am a survivor of domestic violence and family tragedies in ways that no parent should ever have to endure. Both have taught me that unequivocally there are always two stories to every story and that every person has their own personal views that need to be respected but not necessarily agreed with.

Working well with our partnering agencies and earning our community’s trust and respect has continued to be a top priority, and even though the “job” is a 24/7 hours a day commitment, I don’t mind. I will miss it immensely when the day comes to retire. For right now, I keep finding excuses not to.

I have my favorite inspiration that I live by, and that is, “You can’t sail your ship with yesterday’s wind.” 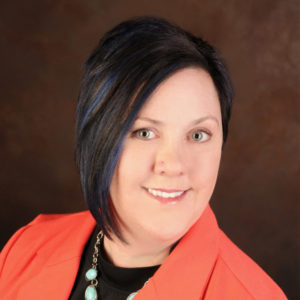 I have been the Program Manager for 6 years but started as a youth worker with the Christmas Box House 24 years ago. Yes, that means I have been here since the beginning! I love the Christmas Box House. I stand behind the mission and love serving the youth. The shelter is truly my second home, and I plan on staying for as long as I am able. I completed a dual bachelor’s in psychology and criminal justice from Columbia College and completed my master’s in mental health counseling from Argosy University. I currently hold a license as a mental health counselor. This served me well when I was the therapist here at the Christmas Box House for several years.

One of the challenges I have had to work through constantly is managing my career and being a mother. I completed my college degrees while caring for my family. There were times when I didn’t know if I was coming or going but just knew in my heart that I needed to continue, and I would find a way to manage both. I needed to be there for my family, but I also knew I needed to be there for my Christmas Box House children. Whenever I doubt my abilities, I remind myself of my favorite quote, “she believed she could, and so she did,” and then keep progressing forward. When I started at the Christmas Box House 23 years also, I knew right away I had found a lifelong career and wanted to move up within this great organization which meant I had to further my education.

Outside of being at the Christmas Box House, I am a wife to an amazing man who supports my career wholeheartedly and a mother of two-three wonderful adults and grandmother of seven beautiful children. They are the light of my life. I enjoy spending time with my family, traveling, playing video games, especially world of Warcraft with my husband, and snuggling with my 3 cats. I currently have a sphynx, Bengal, and the newest to the family is an oriental short-haired. I want to say I am done, but… I really want to add a lykoi to the family someday. 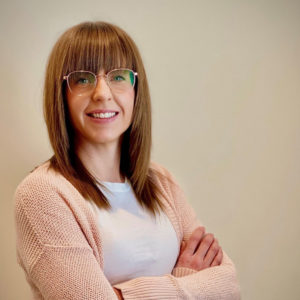 I have had the pleasure of being the Director over Christmas Box House since September of 2020. Before that, I’ve worked with the Division of Child and Family Services for almost eight years. I’ve had an opportunity to work with many families, children, caseworkers, supervisors, and administrators that have helped me learn and grow every day. The biggest challenge I’ve come to face is problem-solving matters that we face each day. Solutions that worked for one may not necessarily work for another. Critical thinking that captures all needs is a requirement, and the best way to do that is simple. Just listen. In the last couple of years, I’ve made it my mission to do just that. I make it a point to listen for the information that will answer my questions later, listen to the words that my audience carefully chooses, and watch the body language that helps me capture the significance of it all. From there, I can slow down, “smell the roses,” so to speak, and appreciate the whole picture through a genuine effort to understand. I look forward to using this strategy to help me bolster relationships with colleagues, families, and children at the Christmas Box House for the next several years.

I am married to a wonderful husband and have two children. They are incredibly patient with me and my busy life, and I’m pretty sure they think I’m Wonder Woman. We love being outdoors, sightseeing, kayaking, anything that involves animals, or going to our favorite place- Montana! I was born deaf and wear hearing aids. I love educating others on my disability. My secret talent is lip-reading, and my favorite word is “What?” I love a good challenge when it comes to finding barriers to my disability! Self-care is important to me. I take care of myself by eating right, working out, and finding time to train and run half marathons- I’ve done three now! You’ll usually find me at the Ogden Christmas Box House with my door open anytime.